IVYPAC® is Proud of Senator Kamala Harris for Her Groundbreaking Campaign For the People...For Us

IVYPAC® is Proud of Senator Kamala Harris for Her Groundbreaking Campaign For the People...For Us 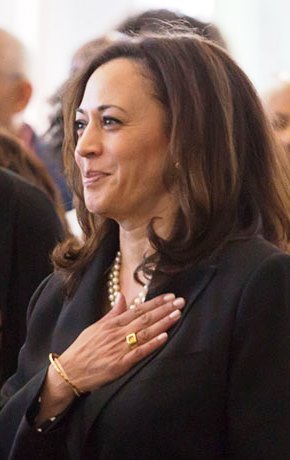 New York, NY, December 12, 2019 - IVYPAC, a grassroots political action committee (PAC) formed to provide support to sorority members of the PAC’s founders, is proud of our endorsed candidate, Senator Kamala Harris (D-CA), for her groundbreaking campaign to be the next president of the United States. In January 2019, IVYPAC endorsed Sen. Harris and last month reaffirmed that endorsement as well as announced that it would support Sen. Harris with a multi-state GOTV push.

On December 3, 2019, Harris announced that she had suspended her campaign due to a fundraising shortfall.

"That Senator Harris had to suspend her campaign because of funding is disappointing for many IVYPAC members, as Harris not only represented us, she also spoke forthrightly about issues that directly impact our lives from a Black woman's perspective," said Ramona Prioleau, Chair and Co-founder of IVYPAC.

"IVYPAC will continue its grassroots efforts to help elect candidates running for federal office. If Senator Harris is on the ballot in 2020 or beyond, IVYPAC will once again activate its network of highly-informed voters across America to support her," added Prioleau.

Paid for by IVYPAC, ivypac.org, and not authorized by any candidate or candidate’s committee.